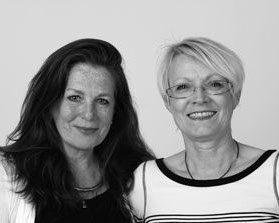 ‘I prefer to treat my patients as shortly as possible. I like to give them instruments they can use to solve their own problems. In my view, a treatment is successful if I made myself redundant as a therapist.’

Originally, Ineke is a physiotherapist and a manual therapist. Before too long, she discovered that body and mind are one. Acupuncture, later complemented with Chinese herbal medicine, provided her with the instruments to work on both areas, resulting in a positive interaction.

For fifteen years Ineke worked as a physiotherapist with top sportsmen and sportswomen of the national volleyball team and the KNSB short track skaters.
In 1994 Ineke graduated in acupuncture. She travels to China on a yearly basis and frequently follows courses in order to broaden her knowledge. She also enjoys sharing her knowledge. She regularly speaks at international congresses and gives workshops. She has been a teacher at Qing-Bai, the Academy for Chinese Medicine, from the start.

Ineke has a soft spot for the treatment of fertility problems. She was among the initiators of Zi Yuan Ting Fertility Retreats. Recently, she finished a two-year course in facial acupuncture in the USA: Gold Standard Facial Acupuncture.

‘’I find it useful to explain to people how their complaints are related, and help them understand, from a TCM point of view, why they have these complaints and how they can prevent them by adjusting their lifestyle and living environment.’’

After having failed several times to draw a place in the fixed quota of Medicine studies, Arina decided in 1975 to become a physiotherapist. Thus she came into contact with acupuncture, and quickly made her choice.

She has been an acupuncturist since 1985, adding Chinese herbal medicine in 1988.

Arina followed her basic course at Pakua and Nei Jing in the Netherlands, while extending her knowledge of TCM and Chinese herbal medicine in England and China. Soon after finishing her studies, Arina became a teacher and has continued to so at several institutes. Since 2009 she has been a teacher at Qing-Bai. On top of that, she gives presentations and workshops on a regular basis. Naturally, she also follows courses in her own area of expertise.